Columbia, Maryland is one of America's most celebrated “New Towns” founded by the development visionary Jim Rouse in the early 1960s.  Though Rouse envisioned Columbia to become a real city, 40 years after its founding it lacked urban form and a functioning, sustainable downtown.

Before founding New City Enterprises, Greg Hamm served as the Regional Vice President of Master Planned Communities for General Growth Properties ("GGP™).  GGP succeed the Rouse Company as the Master Developer of Columbia in 2004. Hamm was brought into this company and position to complete the re-planning and rezoning of downtown Columbia, and to manage its ongoing land development business.

A process for re-planning and amending Rouse's master plan and the underlying land use began in 2005. The downtown Columbia revitalization plan called for a mix of uses including 5,500 new residential units - and 8 million feet of new office and retail space - necessary to bring life back to heart of the community.

When Hamm's team began in January 2008 the project had become quite controversial with community members and elected officials expressing concern that the planned changes would alter the fabric of Columbia while straying too far from Rousian values.

Despite the challenging environment, under Hamm’s leadership the planning process continued. Hamm drawing on community input and support to inform the final design elements and bridge the gap between community need and the James Rouse vision. The final plan received unanimous bipartisan approval in February 2010 and has since won multiple awards for excellence in sustainable planning and smart growth.

Most importantly, the revitalization of Downtown Columbia is well underway.

"Putting a 'there' there" for the Columbia Community

Hamm created a framework for and the process of transferring the Merriweather Post Pavilion to a community foundation. The General Plan Amendment and associated zoning changes  referenced above, along with the vision stated in the Baltimore Sun article, “putting a 'there' there” created the vision, and the legal mechanism to allow for the creation of the community-owned Chrysalis in Symphony Woods.

The Chrysalis is neither indoor nor outdoor. It is a public space for the community to share, gather, and to be entertained.

Merriweather Post Pavilion states: "As it is, Symphony of Woods is a public space available for use by the community. Anybody, at any time of day, is currently welcome to enter the space for recreation and relaxation. You can picnic, toss a frisbee, read a book under a tree or visit the creeks. You can even step foot onto the Chrysalis stage and let your kids put on an impromptu performance. But, due to a lack of access and a lack of amenities, the one last remaining slice of wooded natural terrain in Columbia is infrequently used by the community outside of special events. If the concept plan is realized, that will change. The new concept plan is big and bold; it envisions a "Central Park" for Columbia that showcases its unique natural setting characterized by woodland and creeks, but with improved accessibility, amenities, connectivity, playgrounds, and yes, bathrooms - all designed using natural materials that do not overpower the serene oasis or overwhelm the woodlands." 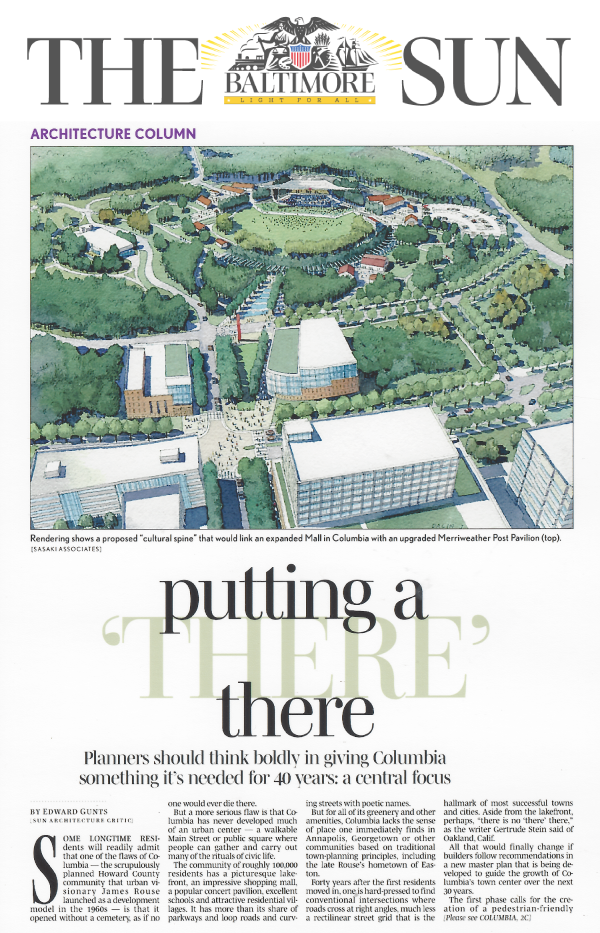 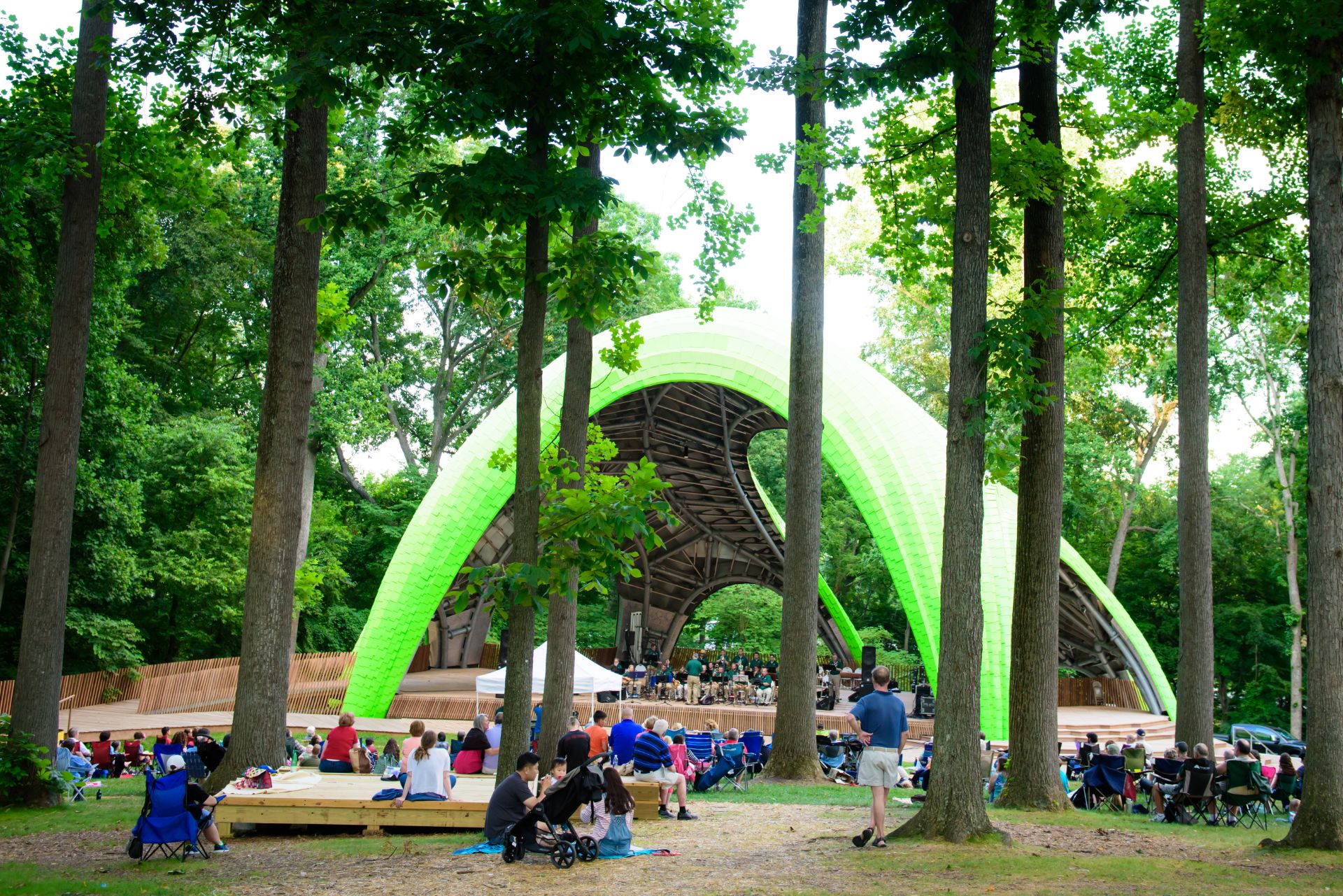 ProjectsAbout
Thank you! Your submission has been received!
Oops! Something went wrong while submitting the form.